Exclusive Interview with Head of Wardrobe for The Mousetrap 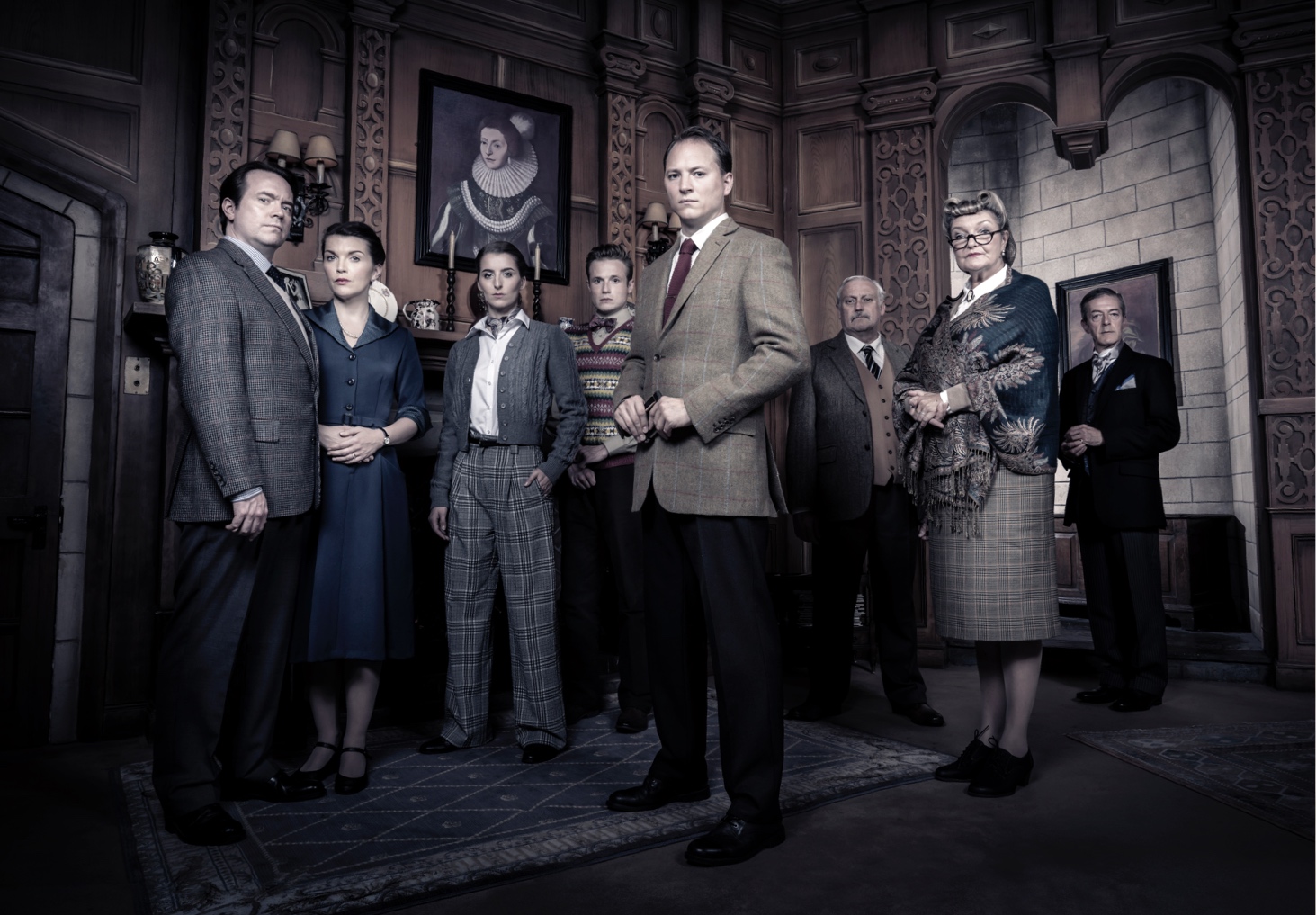 Hawes & Curtis is extremeley proud to be the official tailor to the iconic West End Play, The Mousetrap. We caught up with Janet Hudson-Holt, Costumer Supervisor and Head of Wardrobe for the world’s longest-running play.

The Mousetrap opened in London's West End in 1952 and has been running continuously since then. Have the actors’ outfits dramatically changed since then?

I think anyone seeing the show today would recognise the characters, and that’s the main thing. There have been some changes over the years as different Directors may see the characters slightly differently. Certainly, many of the items I use today are similar to those used originally.

What is it about 1950s fashion that makes it so timeless yet relevant?

It was a very flattering period and that will always endure. New textiles and dye processes had been developed post war and that added a great deal to fashion design. More movies were being made in colour and colourful fashion magazines also influenced people’s choices enormously.

What items did you select from Hawes & Curtis to dress the cast and why?

My favourite item is the red Merino wool waistcoat I selected for Giles Ralston. It’s not a colour I have used for this character before, but I thought it would work very well for our handsome newlywed.  As a strong colour it also influenced some of the colour ways, I used for other characters too.  All of the male characters are wearing something from Hawes & Curtis depending on what items naturally fit with their character. In particular I have used ties, braces, scarves, cufflinks and some shirts (which are incidentally are very easy to iron by the way!).

How authentic to the 1950s are the costumes?

The Mousetrap is set in the early 1950s. People did not own anywhere near the volume of clothes we own today. A man may well have owned a couple of suits, a sports/Tweed jacket and some slacks.  We were still in rationing in this period so people had to make things last. I tend to use classical styling to reflect this. For the female characters, we often have things made.  I am often asked why I don’t use vintage items, unfortunately, we need to be consistent in what we use on stage and the clothing needs to be able to stand up to the demands of our performance schedule.

What has been the most memorable moment for you working in the costume department of The Mousetrap?

There are lots of memorable moments! Not long after I started work at The Mousetrap, we had the 50th Anniversary of the show. Her Majesty the Queen attended the Gala performance and also in the audience were many former cast members, which was rather nerve wracking for the cast and all of us!

I was greatly honoured to receive the “Be Inspired” Olivier Award in 2017. There are so many different jobs in theatre, these awards help to show that, and encourage people to consider what theatre has to offer as a career.

What is the most challenging aspect about dressing the cast of The Mousetrap?

Seasons!  With varying lengths of contracts for performers and understudies, it can often be difficult to find the garments you need. You can’t, for example, find leather gloves or wool scarves in the shops in August! Whilst I try and buy items like these in the winter months, we won’t have sizes for the next cast, so what we can buy is limited. Of course, fashion is changing all the time, and sometimes it’s difficult to find the garments you need.

What’s your favourite part of the job?

It’s the first time I see all the cast in costume together, the result of many weeks work.

What advice do you have for someone wanting to work in the costume department of a West End production?

People that work in Wardrobe are always keen to share their skills and knowledge with others wishing to enter the field, so learn as much as you can from every opportunity. Dressing is a great way to enter the profession.  You really have to be a people person too!

What is your favourite decade in terms of fashion and why?

Needless to say, it’s the fifties – full of elegance and fun, Dior dresses and Poodle skirts, Rock and Roll and jeans.