Aside from family, there are two things in Dave’s life – gardening and football. In fact, if you asked him to choose it would be football and football. Such is his love of Doncaster Rovers that for half an hour we talked nothing but football and the perils of supporting teams in the lower divisions.

“I feel it here,” he says, putting his hand on his heart. “My wife doesn’t really understand it and in some ways I can’t explain it, but they’re just in my blood.”

For those of you who don’t follow the beautiful game, Doncaster Rovers were relegated from the Championship last season.

“I still feel the pain of that,” Dave winces. “It hurts even now to think about it. We got one point from the last seven games. One point. Then to be relegated with the final kick of the season – that hurt stays with you a long time.”

Manager of our Leeds store ever since it first opened on King Edward Street in the spring of 2007, Dave has witnessed a huge number of changes – both in terms of the product and fashion in general.

“Shirts are certainly getting smaller,” he says. “Maybe it’s because people are fitter or perhaps it’s just that they like a tighter fitting shirt, but there’s definitely been a shift away from the traditional classic shape towards extra slim.

“Back in the day we used to get a lot of middle-aged and older gents coming in but now we are attracting more of the younger city workers who want to look great and love our choice of fits and colours.”

A real stalwart of the High Street, Dave has worked for all manner of brands, selling everything from Hugo Boss and Armani to Paul Smith.

“Retail has been my life really. Opening the Leeds store for Hawes and Curtis was quite a big deal as it was their first store outside Greater London and quite a lot was riding on it.

“We opened first on King Edward Street and then later moved into the County Arcade – a really incredible place with a fine history and stunning architecture. Harvey Nichols, who moved here in 1996, put Leeds on the map in many respects and it’s great to have them as neighbours as they pull in so many people to this beautiful part of the city.”

Three years away from retirement, Dave has plenty of plans for when he’s no longer pulling on a suit and tie for Hawes and Curtis.

“I’ll be sat in the garden, looking after the lawn and listening to the cricket, or heading down to the Keepmoat Stadium to follow the Rovers. Don’t worry about me – I’ll be sorted.”

Had it not been for Hawes and Curtis, chances are Hugh wouldn’t be donning his robes at Oxford University this September. The 19-year-old has spent his whole gap year working in our Leeds store, amassing enough money to assist with the sky-high price of university tuition fees.

Heading off to read history at Exeter College, Hugh says he has learned a huge amount from his year in retail which will stand him in good stead.

“There is quite a small team here so you realise that what you do has an impact on everyone else and that’s a really important lesson,” Hugh explains.

“When I started it was just to fill in but circumstances changed and suddenly I was working full time and with quite a bit of responsibility. That was great for my confidence but also enabled me to put some money aside to help with uni fees. It’s been a huge weight off my mind and I’d really recommend this to other students – most of whom should experience the real world before continuing their studies.”

Sporting a beard, slicked-back hair and with braces over a pin-stripe shirt, Hugh is older than his years but loves getting dressed up every day.

He’ll certainly notice the change when he goes to Oxford.

“It’s going to be quite different waking up and shoving on jeans and a T-shirt,” he laughs. “I’ve grown quite attached to my collection of shirts and ties but looks like there’ll be plenty of opportunity to dress up, although by the looks of it I’ll have the choice between black and more black.”

Hugh credits films like The Great Gatsby and Wolf of Wall Street for helping resurrect the dapper look and says a lot of customers use it for their inspiration.

He says: “Hollywood has a big impact on everyday fashion and people often look to the movies for wardrobe inspiration.

“Hopefully I’ll be able to give some of the students at Oxford some tips. Hawes and Curtis all the way!” 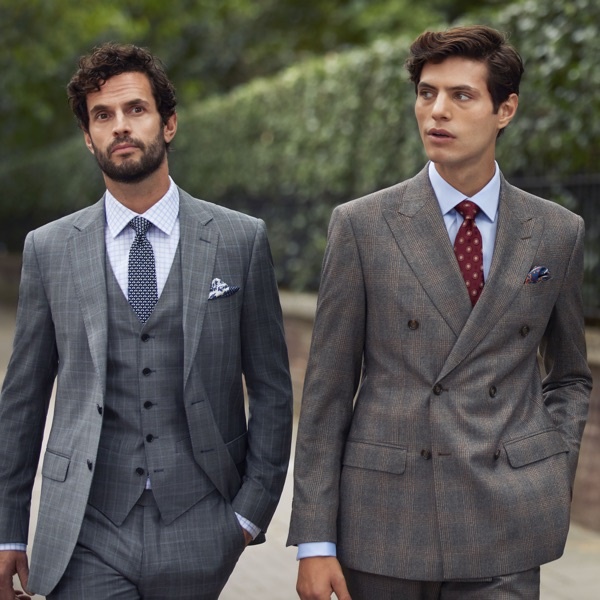 This season we focus on wardrobe heroes designed for every occasion. From investment pieces and contemporary classics to sophisticated separates and luxe layers, we have everything you need so you’re suited and booted for success. 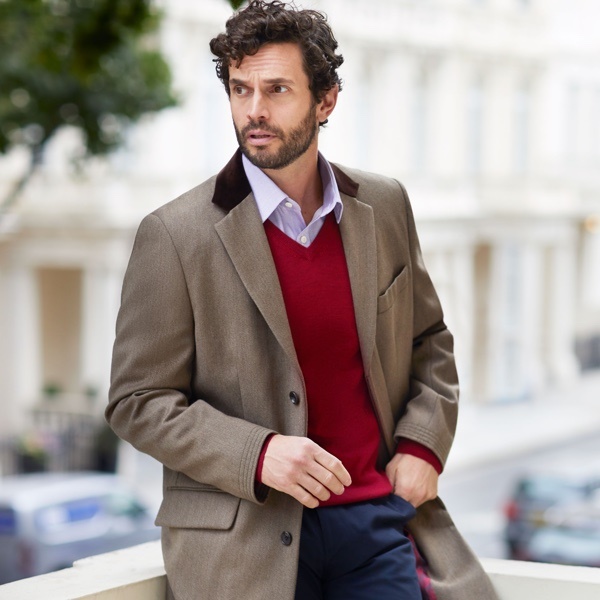 How To Style A Covert Coat

The covert coat is a wardrobe icon thanks to its versatility, smart tailoring and functional style. This much loved modern classic spans across generations and has been a sartorial staple for urban, rural, formal and casual wardrobes thanks to its combination of style and practicality.

Wedding ceremonies will be smaller&ndash; but no less special - for the foreseeable future. With fewer guests and social distancing measures in place, big lavish ceremonies are being put on hold in favour of more laidback options. From garden parties to intimate registry office services, here&rsquo;s what to wear to your low key wedding.