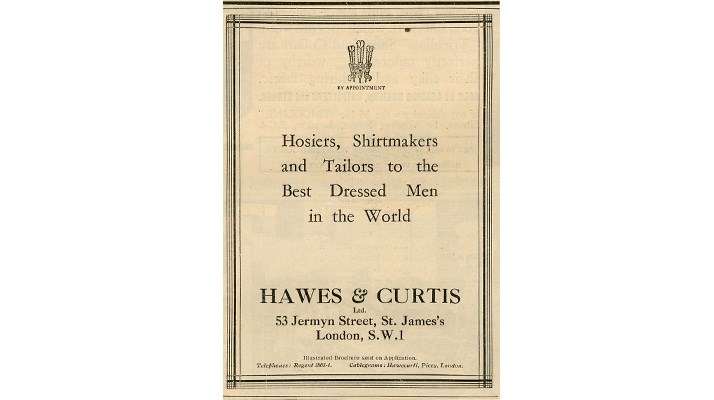 Quintessentially British brand Hawes & Curtis celebrates its rich heritage with a stylish campaign to support the summer 2016 collection. Pre-launching exclusively online April 8th and a week later in stores, the summer campaign draws inspiration from an original advert from 1931, as well as Hawes & Curtis’ distinguished clients.  The advert, which appeared in the iconic Punch Almanack, states that Hawes & Curtis are “Hosiers, Shirtmakers and Tailors to the Best Dressed Men in the World.” Since the first store was opened by renowned tailors Ralph Hawes and George Frederick Curtis more than 100 years ago, Hawes & Curtis has served Royalty and Hollywood stars. From the Duke of Windsor and Lord Mountbatten to Cary Grant and Fred Astaire, Hawes & Curtis has been dressing the best since 1913.

Set in a stunning country estate at the Luton Hoo Hotel, the campaign depicts the quintessential British summer and lifestyle with its grand manor house and vast manicured gardens. The summer 2016 campaign features three distinct collections, showcasing Hawes & Curtis’ extensive ranges which provide customers with complete looks for a variety of occasions. The new season will launch with the Formal range, which boasts beautifully tailored suits in a timeless colour palette and signature Jermyn street shirts. Just in time for the holidays, the Weekend collection features relaxed classics including garment-dyed chinos, Oxford shirts and luxurious suede moccasins. For high summer, the bold and playful Curtis collection will take centre stage.

CEO Touker Suleyman says about the new campaign: ‘Last year we embarked on a journey to communicate our heritage, product craftsmanship and innovation. In this campaign, we have three clearly defined looks to provide our customers with the complete summer wardrobe. We are proud to have been dressing the best since 1913 and we are continuing to do so with this new collection’.