Spectators arriving from Central London tend to take the District line to Wimbledon or Southfields (Southfields is actually the most convenient station for the tennis club). Although the District line is the most obvious option, it is usually the least efficient.  Not only will it be extremely busy during the Tennis Championships, journeys of a few miles can often take hours. We recommend you use a combination of tube and National Rail; trains depart every three to five minutes from Waterloo to Wimbledon and will take about 15 minutes.

Be prepared for persistent and heavy showers. You can be sure the heavens will open at some point during the tournament so bring an umbrella! The bigger, the better and make sure it is hardy as it will probably be used more often than not. Many spectators opt for the brightest brolly they can find so their friends at home can spot them on the television – but we say less is more, and black never goes out of style.

Wake up early – the grounds open at 9.30 a.m. but as demand is high, we suggest you get there several hours earlier. Once you join the queue, it is a good idea to make friends with fellow spectators. Not only will this help you pass time, they may also lend you reading material, blankets and chairs. As you could potentially be standing in line for hours, make sure you bring a bottle of water to keep hydrated, and avoid drinking alcohol until you are inside. Finally, it might actually be sunny, so don’t forget sunscreen!

Strawberries are a must

Whether you like them or not, strawberries are part of the Wimbledon experience. You simply must eat at least one bowl of them with cream to get into the spirit of things. Wash them down with a refreshing glass of bubbly or Pimm's.

Attracting royalty and celebrities, there is no denying that Wimbledon is a stylish event. There isn’t a specific dress code, and spectators typically arrive in smart/ casual attire. Wear comfortable clothing and be prepared for all weather conditions. We’ve rounded up the finest Wimbledon outfits so you can spectate in style, whatever the weather. 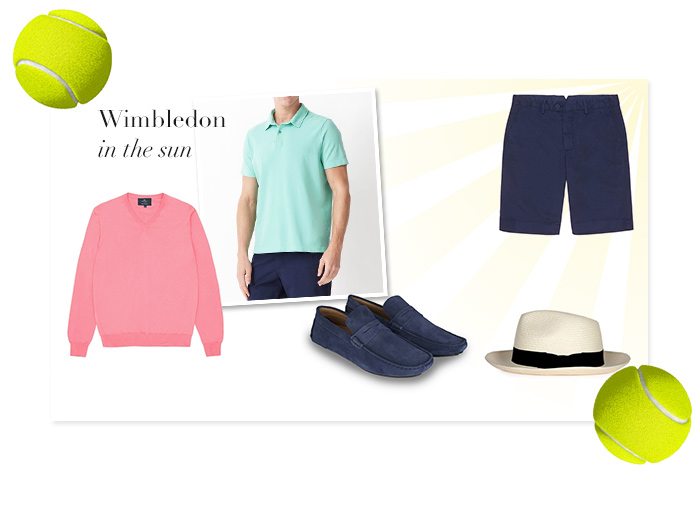 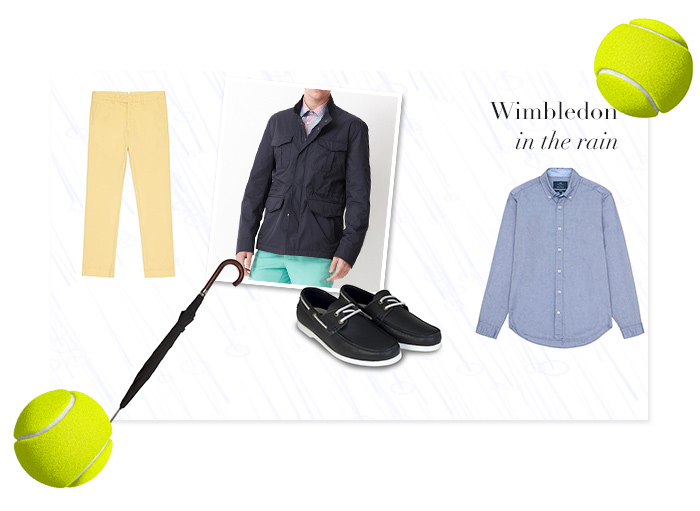