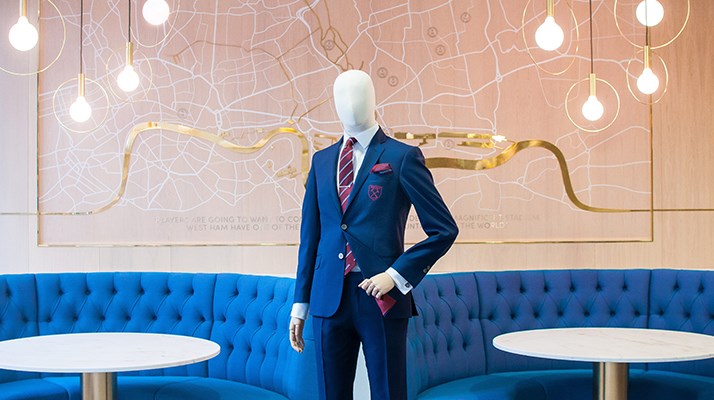 Hawes & Curtis is delighted to announce that it will become the official tailor to West Ham United Football Club. The quintessentially British brand will dress key representatives of the Club, including the first-team squad, management and coaching staff, in its renowned suits, shirts, accessories and shoes.

The partnership, the first of its kind for Hawes & Curtis, will be officially unveiled for West Ham United’s European bow in the third qualifying round of the UEFA Europa League on Thursday 28 July.

The new sponsorship deal has occurred at an extremely exciting time for both organisations, with West Ham United’s move to the iconic London Stadium on Queen Elizabeth Olympic Park and Hawes & Curtis’ international expansion.

The collaboration is a natural fit for the two London organisations. Like West Ham United, Hawes & Curtis boasts more than 100 years of heritage and a promising international future. From a single store in the Piccadilly Arcade in 1913, Hawes & Curtis has grown into a globally renowned brand.

West Ham United Football Club has similarly gone from strength to strength since it was first founded in 1895 as Thames Ironworks FC. Today, the Club plies its trade in the Premier League, the top tier of English football, battling it out alongside the country’s other top clubs for European competition.

The formalwear collection based on the one worn by the players will be available in the Hawes & Curtis Stratford store and online (hawesandcurtis.co.uk) as well as in the West Ham United store located on Queen Elizabeth Olympic Park and online (www.officialwesthamstore.com). There will also be a selected range of West Ham United inspired products for fans to purchase.

West Ham United Vice-Chairman Karren Brady said: “As West Ham United make the move to an iconic London landmark, it seems apt that we should be joining forces with Hawes & Curtis, another historic London institution.

Touker Suleyman, Hawes & Curtis CEO, added: “This is a fantastic time to be partnering with West Ham United. We are delighted to be the official tailor to such an inspirational team that is truly progressing. We know the team and the fans will love the new outfits.” 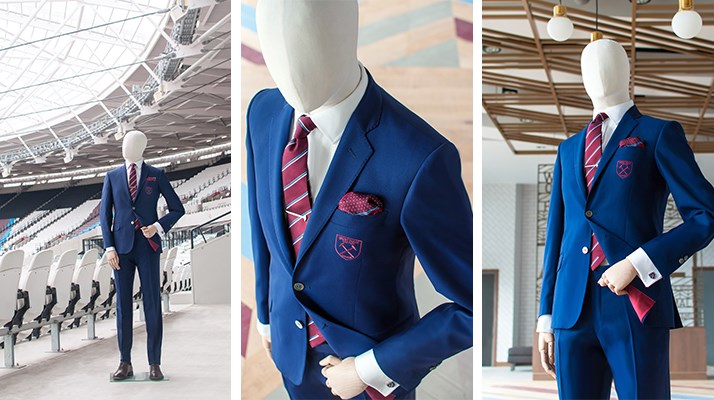 Notes about the brand

Hawes & Curtis is a quintessentially British brand specialising in fine tailoring and accessories for men and women. Founded in 1913 by Ralph Hawes and George Frederick Curtis, Hawes & Curtis has since become the go-to brand for British classics whilst continuing to deliver the promise of exceptional quality, innovation and outstanding value. These values are now synonymous with the Hawes & Curtis name.

Hawes & Curtis currently has more than 20 stores in the UK as well as stores in Germany and the United Arab Emirates. Hawes & Curtis’ flagship store remains in the heart of London on Jermyn Street, famous for its resident shirtmakers.

West Ham United were formally founded in the July of 1900 after five years as Thames Ironworks Football Club. The winners of three FA Cups and a European Cup Winners' Cup, the Hammers lay claim to the Academy of Football, renowned for its development of prodigious talent and an illustrious list of England internationals. West Ham’s very own Bobby Moore led England to FIFA World Cup glory at Wembley in 1966, with fellow Hammers Sir Geoff Hurst and Martin Peters scoring the Three Lions’ four goals. Following 112 years spent at the historic Boleyn Ground in Upton Park, West Ham United are set to embark on a momentous move to the iconic London Stadium on Queen Elizabeth Olympic Park in the summer of 2016.